The End of the Sterkarms

I’ve worked hard on Sterkarm 3 for three years and until a couple of days ago, never knew how it would end.
I had a vague idea, a mood – but nothing more.
I’ve asked myself many times: How do I want it to end?  And also, How do my readers want it to end?
This hasn’t been a lot of help.  For myself, I drew a blank.  I didn’t know.  I wanted it to end right – that’s all I could say.  And, of course, that’s subjective. What I feel is the right ending, someone else will think wrong.
Much as I appreciate my readers – and I do – I suspected that many of them wanted S3 to end with a big wedding for Per and Andrea and ‘happy ever after’.  And all their dogs and horses happy ever after too.  And it’s not that I’m against this, so much as it never felt right. The Sterkarms’ world was violent and unsympathetic. They wouldn’t know what to do with happy ever after.
Wouldn’t it be easer to just give my readers what they want anyway?
No! Because if I didn’t feel it was right, I couldn’t write it.  Its lack of rightness would nag at me with every word.  It would be like trying to swim the Channel in a meringue wedding-dress (and I’m not a good swimmer anyway.)
But where could I find the right ending?  Will those shops that stock ideas sell it?  Will they deliver?
I considered story arc. I looked at twists and turns – I think ‘reversals’ is the fancy term.  I constructed coloured diagrams and looked hard at them, noting how the colours parted and joined.  I consulted the runes.
It did help. I mentioned the difficulties with the time-line last week.  Although I’d been aware that the time sequence of the book was perhaps, well – a bit approximate – it was the mapping that made it apparent how and where.
None of this helped capture an ending. 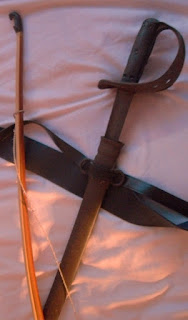 So I was watching stupid-telly the other night when my hand reached for a note-book and my favourite fast, scribbly pen.  (A pentel energel, recommended by Davy, which floats over the paper and gets thoughts down almost as fast as you can think them.)  The daemon had tapped my shoulder and I started writing almost without stopping to think.
I scribbled down what I thought the first book in the series, The Sterkarm Handshake, was about.  Not what happens in it, which is mere plot, but what it was about.
I think it’s about treachery and betrayal.  The Sterkarm badge, the Handshake, is an emblem of their treachery – but they are treacherous because they see themselves as alone in a hostile world.
The Company makes what seems an honest deal with the Sterkarms, but knows it is selling them short – indeed, as a capitalist business, it must, to make a profit.
Joe, the 21st Century homeless man, has been betrayed by his society – but finds a home with the treacherous Sterkarms, who see him as one of their own, and, like the Devil, they look after their own.
And A Sterkarm Kiss? – Treachery and betrayal again.  Andrea thinks she will be returning to her love affair with Per, but finds herself betrayed both by the Company and her own fantasies – and, in leaving the 21st for ever, betrays the loving partner she leaves behind.
The Company broker an alliance and a marriage between the feudal enemies, the Sterkarms and Grannams – but it is all a huge, deliberate deceit which leads to murder.  (Pure fantasy, of course: this kind of political manipulation never happens in the real world outside of conspiracy theory.) 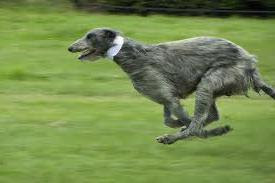 Marriage, murder, deceit, treachery - as I scribbled, the ending of Sterkarm 3 leaped into my head.  Calloo!  Callay!  Glasses of   Festival Ale all round!  Boil a haggis!
Of course, I’m not going to tell you the ending; but I will give you this assurance – No dogs or horses were harmed in the concluding of this novel. 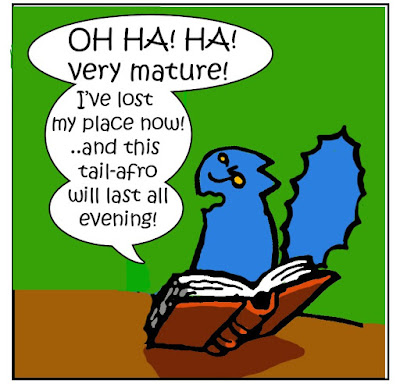 You wouldn't lose your place on a Kindle, Blott!

Fantastic news! I love that feeling when you hit the home straight and can gallop towards the finish line. Enjoy!

Congratulations - an Ah-Ha moment to celebrate! (And I must say even with Blott about, that is one magnificent-looking dog!)

Noooo ... stop doing spoilers!
But I hope the ending is as good as in S1, which was absolutely perfect.
Relied about the dogs and horses - good to see a dog balancing up the felinity of your blog - I assume he's in hot pursuit of Blot? :-))))
And is that blood on your blue gloves?
So many questions ...

Joan - yes, a deerhound in full flight is a magnificent sight.
Madwippet - they're not spoilers because everything is liable to change without notice.
And yes, that's blood on the gloves - dog blood.

Oooh, exciting... the Sterkarm ending! When will we get to read it???

(and does anyone else have to sit and stare at those Blogger bot words for about half an hour before working them out?)

Lord knows when or if you'll get to read it, Kath. Started the big rewrite, and it's even more head-nipping than what went before!

Dog blood?!!!!
Naturally you are just teasing me otherwise it would be a visit from the wippitties. Backed up by a ravening stoat!

Away! That stoat is stuffed, and I'd have the whippities eating out of my hand in no time.

A stoat tied to a brick and accurately thrown can leave a nasty bruise, believe me!

Oh it's stuffed stoats tied to bricks now, is it? Do you perhaps want to take some time out?