Monday 6th Feb
I continue to work on two books at once, trying to plot one, and rewrite the other.
My kitchen table is still covered with index cards, scribbled in blue ink.  Almost every time I go into the kitchen, I stop and read over the cards.  Sometimes I change the postion of one, or scribble another.
I’ve decided that I don’t like the ending I had roughly plotted out.  It’s too close to the original idea I had, too predictable, too ‘left-side-of-the-brain editorial’.  It’s also too close to the ending of my ‘Odin’s Voice’ trilogy.  That left-brain editor obviously thought: well it worked once!  It’ll do again.  No! Not good enough.  So I’ve moved that final row of cards aside, to make space for something new.  Don’t know what yet, though I’ve jotted some notes.
I’ve got that feeling I’ve had before – I daresay many will recognise it – that feeling that there’s something, some new idea, struggling just behind my forehead.  Haven’t got any clear idea of what it is, just that it’s there, and if I pretend I haven’t noticed, it will eventually come right to the front of my head, and I can catch it.
I’ve also been reading Sterkarm 3 on the kindle and making rough notes in different colours.  At the suggestion of some commentators on this blog, I’ve added a dog and been very pleased with the result – except that I’ll have to rewrite the end of Sterkarm Kiss – but hey, I’ve got the rights back now, I can do what I like with it. 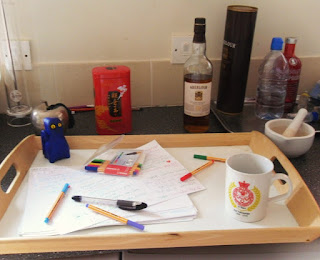 I’ve also found a sub-plot that I might or might not keep or develop.  Shall have to see how the rest goes on.
Tuesday 7th Feb.  I’m deep into the rougher reaches of the Sterkarm first draft now, scribbling away with my coloured pens – often several colours in one sentence as the different characters meet.  It’s useful to have Per May in green and Per Changeling in red – wish I could do that in the finished novel.  It would be less head-nipping.
I’ve found a romantic sub-plot which stops short, and which I’m going to have to fix, but I don’t know how.  I’m only mapping as yet.
I have 22 sheets of scribbled paper, and don’t know how I’m going to see the whole thing at once.  Maybe I’ll sellotape them all together into a long strip.  I suspect that I included too much detail and it’s got a bit out of hand – literally.  Maybe I’ll make a big paper curtain and hang it on my wall – and stand on my kitchen steps to study it.
Wednesday 8th  I was doing my University stint and too busy to get any writing done.  And Thursday 9th vanished in domestic and admin chores.  Friday 10th is another University day, despite the fact that I didn’t go in because of the ice and snow.  I got students to send me their stuff by email.  So, no writing of my own. 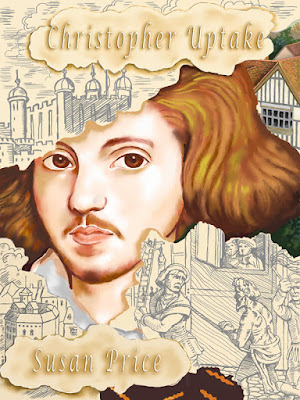 But next week I’m only at University for one day, Monday – so obviously, I’ll have both books sorted by the end of the week!

And meanwhile, work on e-books continues.  This is the cover for my eighth, Christopher Uptake.  It isn't available yet - I'm still adding notes and hyperlinks - but I hope it will be soon 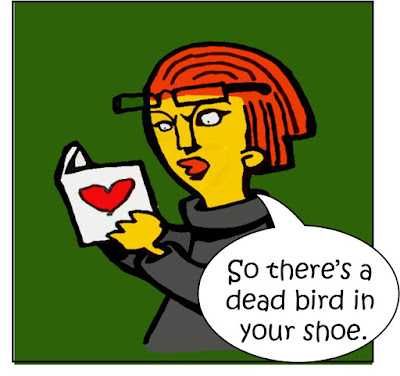 I am impressed at how organised your writing is - all those cards and different coloured pens. I have tried to like that a few times, but somehow it all ends up in a muddle so I scribble for weeks in notebooks in a jumbly sort of way, and then turn on the computer and just go for it!

But you mean I'm going to have to buy another copy of Sterkarm Kiss?