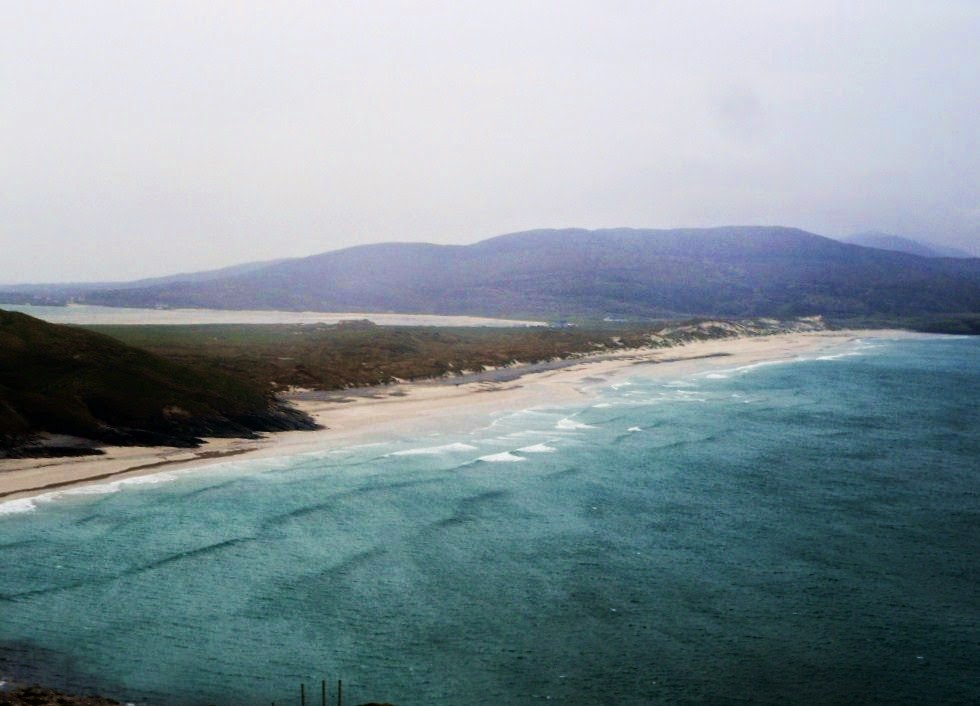 It was in May, a Monday afternoon, full of dull work, and an expectation of nothing more for the rest of the week. About 3pm, the phone rang. It was Davy, my partner. He said, 'Have your bag by the door for 6am, we're going to the Outer Hebrides.'
I was, as old stories used to say, nothing loathe. I started chucking knickers and socks into a bag.
The phone rang again. 'Bag by the door at 3-30 am.'
The full story was that Davy's brother was doing supply teaching on the Isle of Barra, in the secondary school where the entire pupil-roll numbered 94. (The entire population is only 1,174.)
The brother had a little rented cottage, its spare bedroom currently empty, and we were invited - but we had to be quick off the mark because end of term was coming up, and the brother didn't know for sure how much longer he was going to be there.
The early start was a necessity because of the ferries. We had to catch the 1pm Cally-Mac from Oban, because there wouldn't be another until the evening of the day after.
So off we went, in the wee small hours. Davy drove for eight hours. We stopped briefly at Carlisle, for petrol - but the cafe where we usually have a drink on the way to Scotland wasn't even open at 6am. We made it to Oban by around 11-30am, and booked ourselves on the ferry.
I love Oban, with its view out to Kerrara and Mull, and the other Hebrides - but we didn't see much of it apart from the harbour and the ferry complex this time.


It took seven hours on the ferry to sail from Oban, past the island of Mull, and then to the Outer Hebrides. We were taking a roundabout route - the ferry calls, on Tuesdays, at Lochboisdale in South Uist, before going on to Castlebay on Barra. The more direct route takes only five hours.


We got into Castlebay - so called because there's a castle in the bay - at about 8pm, and were met by brother Jim, who led us around the island to the quiet little inlet where his cottage was.

We had a couple of sunny days, and they were glorious, with blue skies, seas of duck-egg blue and turquoise, and white beaches. I've never seen so many primroses, growing along roadside verges and across whole banks - it made me think of Shakespeare's 'primrose-path.' There were also many of the tiniest little dots of lambs I've ever seen, but they bounced and scarpered off into the landscape, with waving tails, before I could get a good photograph. 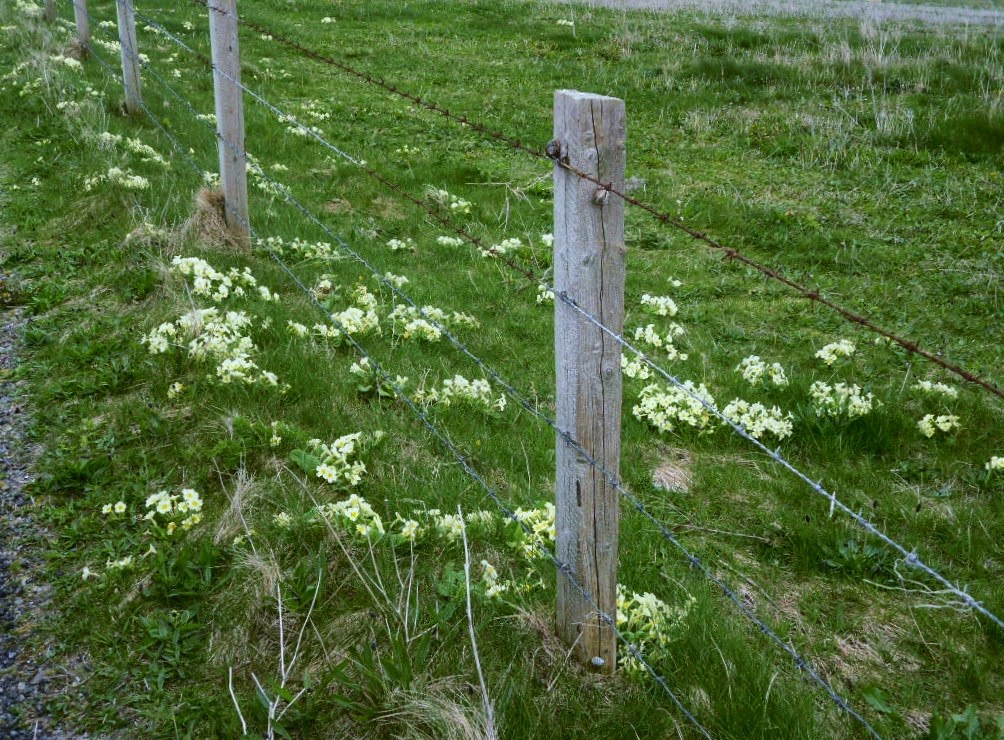 The island is Roman Catholic, and tourists are told that it's named after St. Barr - yet there don't seem to be any legends about the Saint, or any explanation of what he was doing there. In fact, the island's name is a mixture of Gaelic and Norse - the Gaelic 'barro' meaning 'hill,' and the Norse 'ey' meaning 'island.' - 'Hilly island' - a fair enough description. [Room, 1988.]


The only town on the island is called by the oddly English name of Castlebay, and this is why - Kisimull Castle, out in the middle of the bay. (The name means 'Castle Island.')
The castle, and the island of Barra, were the stronghold of Clan MacNeil, and donations came in from MacNeils all around the world, to rebuild the castle when it was gutted by fire. The MacNeils suffered terribly in the 19th Century, the age of the Clearances, partly because their Protestant, absentee landlords felt justified in having their bailiffs burn them out of their crofts and leaving them to starve.
At its southern end, Barra is linked by a causeway to the island of Vatersay, just as beautiful as Barra, but much less hilly. Davy was taking photographs like mad, and has completed two paintings based on them since we came back. I could see him falling in love with the place, so I'm pretty sure we'll be sailing into Castlebay again.

Me too! Looks gorgeous - next trip to the UK.

Looks amazing. And wippitt friendly ...:-) But be careful ... if you go too far up north you might fall over the edge of the world ...

Utter "virtual traveller" bliss to find this post here today, as well as the photographs of Barra beach. With an offer like that, no wonder you could pack so fast.

I'm feeling full of wistfulness for the view you get when the ferry sets out from Oban. Thanks!

Yes, that view's wonderful, isn't it? - The curve of Oban Bay, protected by Kerrara - and then the mountains of Mull and Skye - and heyond that, you know, the open sea and the Outer Hebrides.

Now I feel wistful! - And I haven't forgotten, Penny, that it was you who put me on to some information I needed about historic Oban - thanks!