In Conversation with Cally Phillips

Cally Phillips is someone with wide writing experience, and also the person with the brilliant idea of an Online E-book Festival - so I was keen to converse with her for this blog.

Sue: Cally, you worked in theatre and tv too. That’s something I’ve never done. What’s it like?

Cally: I really don’t like leaving work unfinished and working for TV that's pretty much a given.  When I made the decision to 'give up the day job' and write for a career (having discovered I personally just couldn't write and do a day job) TV seemed like the best bet to actually make a living from writing. In this country at least. And I did make a living out of it. Unfortunately, in TV you get paid a lot more often for scripts that never get made than you do for ones that do get made. And the meetings! I hate meetings. And meetings about meetings.  Such a waste of time.
You can spend three or more years working on a script before it gets produced. Or more likely it never gets produced. Irrespective of how good it is.  And yet, when the chips were down, I had a script cleared from start to production in less than two months. (I was lucky, I came in as a stand-in when the budget was already agreed and the 'development' time had run out.) If I could always have done that it would have been great.
Endless drafts because the money wasn't there to fully finance a project or because execs are trying to second guess the next big thing, wasn't for me.  I was really aiming to write series drama but like so many 'be careful what you dream' things, when I actually got into it I realised I didn't like the 'cut and paste' style of writing as much as I wanted to have a good amount of creative control.
In TV they pay you well because they really are buying your time, which becomes buying your life.   An example. Producers and script editors (in my experience) have this knack of phoning you on a Friday, before a holiday or Xmas and needing you to make changes by Monday, day after New Year etc.  When I realised this and just gave up taking weekends or holidays, it made life a bit easier, but it did strike me as a bit 'ornery'!  I know that broadcasting is a 'business' first and foremost and when I decided I didn't want to engage with the set rules, I did the only other thing possible and walked away.
I'm not whining. It was a pragmatic decision. That's the way the business works and if you don't like it, don't do it.  No writer can change or influence the way broadcasting works. Writers (even through unions) just don't have that much sway in the industry. Becoming a producer would be another option but even then, it just takes so damned long to get anything done.  It's a classic ‘jam tomorrow’ situation and for me it's much more important to be able to be actively creative on a day by day basis than have the promise of jam tomorrow.

Sue: But you didn’t leave drama altogether – you went from TV to theatre, didn’t you?

Cally: Luckily for me, as I was making this decision to leave TV I got the opportunity to do paid work as a dramatist in residence and theatre was a place I was much more comfortable in. I'd trained professionally as an actor before becoming a teacher.  Ironically whereas in TV you get paid for not having work produced, in theatre you tend not to be paid even if you have work produced.  And it's still hard to get mainstream work produced. I wrote my first play in 1990 and it took 3 years to get it put on. Eventually I had to produce and direct it myself.  Critical acclaim but financial jeopardy.  Still, it gave me confidence in my own work and the taste for just getting on and 'doing it' rather than waiting around for others to allow me to be creative.  It took another 10 years before I was in the position to do that, but when it came, I grabbed it with both hands.
Creatively I had a journey to make too. I love the discipline and structure of screenwriting. I love the immediacy and the particularities of writing for the stage. I love writing dialogue. I enjoy the complexity and layering of words and ideas which visual writing really requires.  I like to be wholly creatively absorbed. But I moved away from mainstream theatre towards 'drama' because I wanted to see plays performed, not wait for the 'jam.'
Whereas with screenworks, if they are produced they are 'there' as a legacy for all time (sometimes not a good thing) theatre is an ephemeral art and that's fine but more than that it can actually be a 'sharing' art form as well and in the 10 years I spent working actively in 'drama' I realised that I liked advocating other voices at least as much as writing my own 'voice'.
Theatre (in its broadest sense and here I think the word ‘drama’ is much more appropriate) is something which people can share and not just as a passive audience. Boal taught me that.  And it ticked boxes for me by allowing me to direct as well, so that I could use all parts of my creativity, mental and physical, at the same time. I was lucky enough to get to work (and get paid) doing 'drama' in mental health and disability settings and from that I developed a creative style (and a business) using drama as advocacy.  For a lot of the time I was working in a pre-literate culture.  So the 'writing' was very, very flexible as a concept. But for me, the active involvement in drama and 'voicing' the unvoiced through writing was absolutely the best time of my creative life (so far). I would still be doing it but my health no longer permits me to.  It's a pretty full on, intensive way of working and I just can't do that any longer.
Since 'giving up' the active side of advocacy drama I've done a couple of things. Firstly I'm engaged in writing more 'traditional' things with an 'advocacy' flavour, using the skills and experience I gained during that creatively productive time. Secondly, I've been ebooking my back catalogue - which gives a kind of closure to the mountains of good work that all languished 'unfinished' because of financial or fashion constraints.  I've got most of my playscripts out as ebooks now and I'm going to  adapt a lot of my screenplays into fictional form. But I've got a bit diverted into publishing just lately and as a publisher I'm finding that I can enjoy voicing others at least as much as seeing or hearing my own voice in published form.

Sue: You’ve certainly worked in a lot of different media and forms! With all that experience, has your view of writing changed at all?

Cally: I started off wanting to influence the world through my writing. Twenty years on I'm not that interested in what I have to say any more.  I've lost the ambition or illusion that I'm 'important' in that respect.  And I'm no longer trying to 'find myself' through my writing. I'm a lot more interested in making sure other people have their say. And finding out about other people through writing.  I've never really enjoyed being centre stage and I've learned that what  I love most about writing is writing as a communicative shared experience.  Which is possible in all mediums, but easier in some than others.

Sue: Thanks, Cally.
Cally is a member of Authors Electric, who blog here, at Do Authors Dream of Electric Books?
Cally’s books and plays can be found here, with links to her blogs. She’s always got something interesting to say! 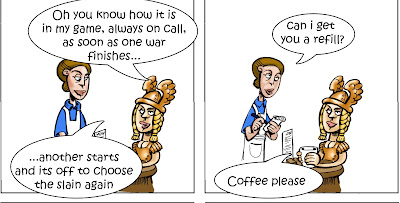 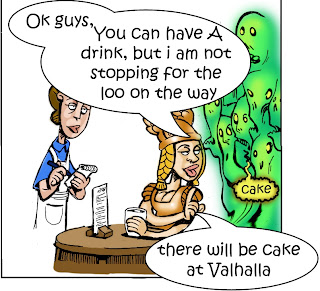 Thanks for a great interview - Cally has been very kind to me (and my books) so it's wonderful to hear of her fascinating writing past.