Head Mangling with the Sterkarms

Orwell said writing a book was like enduring a long drawn out bout of illness.
When I first read that, as teenager, I didn’t believe it.  I thought, ‘What an old moan. He’s earning a living by writing instead of in a factory, and all he can do is grumble about it.’
Now, much older, I realise what a true word the man wrote: and I’ve been learning how true all over again.  Somehow, you always forget.
I’ve slogged for three years on this Sterkarm book, just working out a plot, and I’ve finally figured out – I think – how it’s to end.
And I kidded myself that I was now on the downward slope.  One final rewrite , to knock it all into shape, right?
Right?
Wrong. 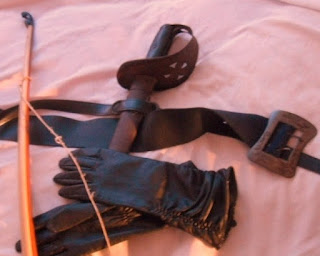 I’ve been rewriting this past week, with two windows open on the computer – one for the slog version, and one for the new and, I hope, final version.  Copying and pasting from one to the other, and re-ordering, rewriting, changing, improving…
And it’s been even more head-nipping than before.
With almost every sentence I’m having to jump back to earlier chapters or pages, because, I find, I’ve thrown in something crucial on the fly, promising myself that I’d sort it out later.  Well, the later is now.  I have to go back and work out where it should have been introduced and, when I’ve found the place, I have to do the work of finding the words to actually blend whatever it is in, without it seeming too obvious.
Or I realise that I’d forgotten all about an important character – who should be in this scene – but isn’t.  Who would have important and interesting things to say – if I go back and work him or her into the scene – which may mean going back a considerable way to establish their presence.  And then I have to find the words for those interesting and important things they would say, and the right tone – in fact, work out what they’re feeling at that moment.
Or I find a character in a scene who really isn’t necessary and has to be written out… and the scene patched up around the hole they’ve left.
I’d forgotten how much thought and concentration – and referring to research notes - this all takes.
And this is saying nothing about the moving around of whole scenes, the writing of new ones, the new decisions on where chapters should start and end, and the rewriting required to make those changes work.
Head-nipping?  It’s head-mangling. 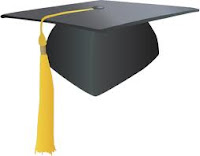 It makes me think of my old headmaster (a maths graduate), who infuriated my art-teacher by telling him that ‘art requires no intelligent thought.’  I am certain my headmaster had never tried to write a novel.
It’s given me a fervent love of Word’s navigation pane (called document map in earlier versions) which makes it possible for me to skip about, from heading to heading, in seconds, instead of spending an age scrolling backwards and forwards, or opening and closing lots of files before finding the bit I want.

In fact, I find myself giving thanks again for computers in general.  If I’d had to do all this with paper and pen, or with an old typewriter and loose paper, I would have tipped myself into an empty paper box and had myself buried by now.

Blott is particuarly relevant this week, as it seems authors are being plagued by a specialist species of internet troll, as Kathleen Jones tells us here, at Authors Electric. 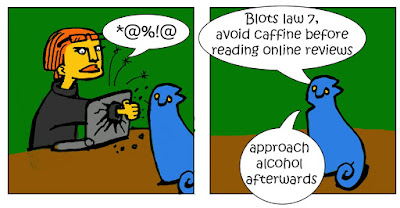 We can see you've been hard at work writing instead of getting out in the fresh air and having fun, as it looks like you need a new bowstring, which you would surely have noticed. Possibly a new bow soon too as it looks like it's following the string ...
But glad to see you found the time to wash the bloodstains off the gloves though!

I'm certainly not getting out in the fresh air enough - and I rarely get a chance to shoot. And thanks, KM - it certainly s like washing an elephant...

Thanks for this post, Sue - nice to know Orwell summed it up so well! I totally agree with him. Or it's like trying to climp out of a very deep pit with very steep, muddy sides. You get up a little way and fall back down covered in rubble.

Many thanks, Kath, for linking to this post... and Susan thank you for writing it! I am absolutely in the pit/long illness too at the moment. What a strange business it all is... and how encouraging to know that feeling this way is a recognised (& shared) part of the writing experience...

These comments make me think that the long grind of writing a book is one of those things that are hardly ever admitted out loud. Is it all supposed to be one long wonderful joyful flurry of creativity? Most of it is slog.